Marilyn wanted peonies--lots of them--big, old-fashioned herbaceous peonies. She'd prepared space and was ready to plant. She claimed to be new at peony-growing, but after half an hour on the phone she had a list, and within a couple of days her peonies were on their way to Brookline, Massachusetts, via Priority Mail. She'd been warned that her plants, most of them doubles, might not bloom for several years. After all, perennial-plant doctrine teaches sleep-creep-leap, and the roots of double peonies need time to produce enough starch to support their many-petaled blooms.

Marilyn wasn't fazed. The next year she phoned for a second batch, expanding the garden she had created the previous fall.

The year after that she had a traffic-stopping peony border along the side of her classic brick home. Her peonies had slept, skipped the creeping-phase, and leapt into bud and bloom. How did she do it? 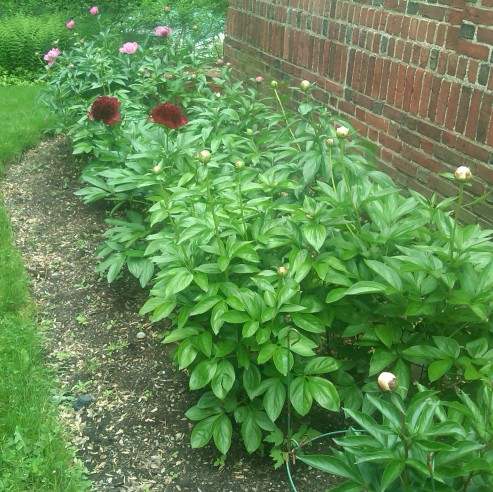 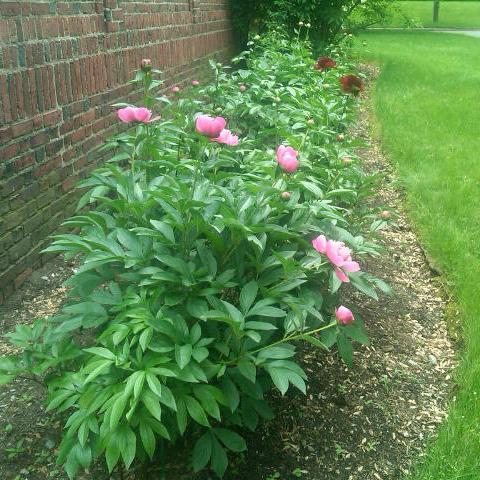 Her secret: "I fertilized three times in early spring, about one month apart - March, April and May. Twice with 10-10-10 and once with a triple phosphate fertilizer. I do think it helped the buds. I also think the heavy snow cover that first winter provided insulation and I am hoping the location I’ve chosen with the early morning sun and late afternoon shade maybe pushed those babies to open in such profusion. Of course, the great cultivar stock could also have been the answer too. I doubt we will ever truly know. I like to think that they have found a home they love and will gratefully thank me every May-June for many years to come. That is my theory, but it does prove that the sleep-creep-leap cycle can be abbreviated under the right conditions."